Is the production method of fungal chitosan more environmentally friendly ?

Yes ! The extraction of fungal chitosan is achieved by mild alkaline and acidic treatments as compared with the harsh chemical method used in the extraction of crustacean chitosan. In addition, fungi have lower level of calcium carbonate compared to crustacean wastes, and thus no demineralization treatment is required during the processing.

Why choose fungal over crustacean chitosan ?

Fungi can be cultivated throughout the year unlike crustacean shell supply which is totally dependent on the seafood industry. Mushrooms have lower levels of inorganic materials compared with crustacean shells. Fungal chitosan production can be performed in reactors with all automated and controlled conditions, therefore product quality is more consistent than the one obtained from shellfish waste.

What about the dispersity and batch to batch consistency over time ?

Fermentation allows a better batch to batch consistency than the crustacean-based production method, variance in Mw is much lower for the fungal chitosan. Regarding the distribution of Mws, fungal chitosan dispersity Đ appears to be much lower as well. Thanks to a lower dispersity, both performance and reproducibility are improved in many chitosan applications. 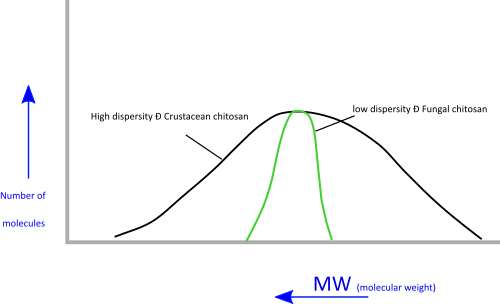 Yes ! because fungal chitosan Deacetylation degree is rountinely over 98% and we know that chitosan with higher DD% possesses more positively charged amine groups which is a critical point for many applications. Moreover, the chitosan obtained from fungal sources possesses superior physico-chemical characteristics. It can be tailored with predefined properties for various speciality applications, such as in biomedicines by careful manipulation of the growth medium, the fermentation process and the extraction parameters. 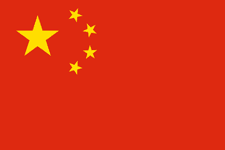 This website uses cookies to improve your experience. We'll assume you're ok with this, but you can opt-out if you wish.Accept

This website uses cookies to improve your experience while you navigate through the website. Out of these, the cookies that are categorized as necessary are stored on your browser as they are essential for the working of basic functionalities of the website. We also use third-party cookies that help us analyze and understand how you use this website. These cookies will be stored in your browser only with your consent. You also have the option to opt-out of these cookies. But opting out of some of these cookies may affect your browsing experience.
Necessary Always Enabled

Any cookies that may not be particularly necessary for the website to function and is used specifically to collect user personal data via analytics, ads, other embedded contents are termed as non-necessary cookies. It is mandatory to procure user consent prior to running these cookies on your website.