Disease control is largely based on the use of chemical compounds toxic to plant invaders and pathogens. However, the hazardous effect of these chemicals on the environment and human health requires to devise new, safe means of disease control. 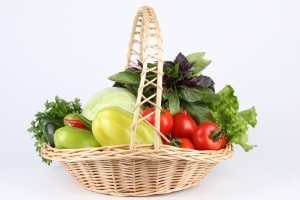 Plant defense activators are products which act by triggering various physiological and morphological responses within the plant that result in natural defense mechanisms. A significant characteristic of plant defense activators is that they can help to reduce the amount of crop protection chemicals applied to crops.

Chitosan is a natural plant defense activator derived from deacetylation of chitin, a compound readily available from shellfish waste from food processing. The chitosan molecule stimulates plant immunity against pathogens.

Due to its antibacterial and antifugal properties, chitosan is successfully used in plant protection, as elicitor, growth promoter, enhancer of secondary metabolites production, and in soil correction. Application can be done by different ways : in the seed, in the soil or by foliar spraying.

Chitosan induces defense reaction in some plants, thereby increasing their responses against pathogens attack. Chitin and chitosan are used as elicitors for inducing phytoalexin accumulation in plant tissue culture, phytoalexins produced act as toxins to the attacking organism.

One of the most important bioactivity of chitin and chitosan on plants is stimulation of seed germination. Chitosan coating alters permeability of the seed plasma membrane, increasing not only the concentrations of sugars and proline, but also enzymes activities. Germination rates increases significantly and seedlings germinate quicker, better and vigorously.

Chitosan application is strongly effective on the growth and yield of some crops such as potato, cabbage, soybean, upland rice, tomato, lettuce, and radish to name but a few. It also has a significant effect on growth rates of roots, shoots and flowering.

Chitosan application in soil is effective to kill nematodes. It acts by inducing proliferation of chitinolytic microorganisms destroying cuticle of nematodes and their eggs.

Chitosan acts as a potent fertilizer due to its high concentration in nitrogen.