hitin was initially isolated from mushrooms and named fungine in 1811. About 12 years later chitin was also discovered in insects. Chitin (β-1,4-N-acetyl-D-glucosamine) is a component of the cell walls of fungi, insects and crustaceans, and after cellulose it is the most abundant natural biopolymer. Chitin represents an almost inexhaustible  source of chitosan; arthropods constitute the main source. In contrast, chitosan is only found in the cell walls of certain groups of fungi. 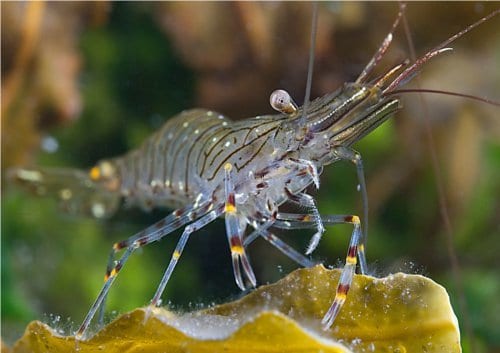 Shrimps, crabs, lobsters and squid wastes from the marine processing industry have become the major resource used today. Proportions of chitin from these sources may vary with season and species but usually exoskeletons contain 15%–40% chitin, 20%–40% protein and 20%–50% calcium carbonate, with other components such as pigments, lipids, and metal salts present in small amount. Squid pen has an interesting property : it is very low in Calcium carbonate (limestone).

Chitin occurs in three forms designated as α, β, and γ chitin which differ in their degree of hydration, size of unit cell, and number of chitin chains per unit cell. The polymorphic forms of chitin differ in the packing and polarities of adjacent chains in successive sheets; in the β -form, all chains are aligned in a parallel manner, which is not the case in α-chitin. γ-chitin is a combination of both. Chitin degree of acetylation is typically 90%. α-Chitin is most abundant in shellfish exoskeletons and fungal cell walls. β-Chitin is principally found in squid pens while γ-chitin appear mostly in squid and cuttlefish. The crustacean shells (crabs etc.) which are byproducts of food industry are commercially employed for production of chitin and chitosan. 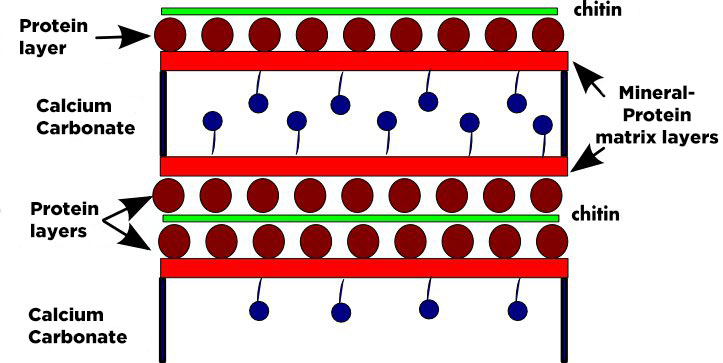 It is a 3 steps isolation process :

Chitin yield in conventional extractions generally ranges from 5 to 8 %.